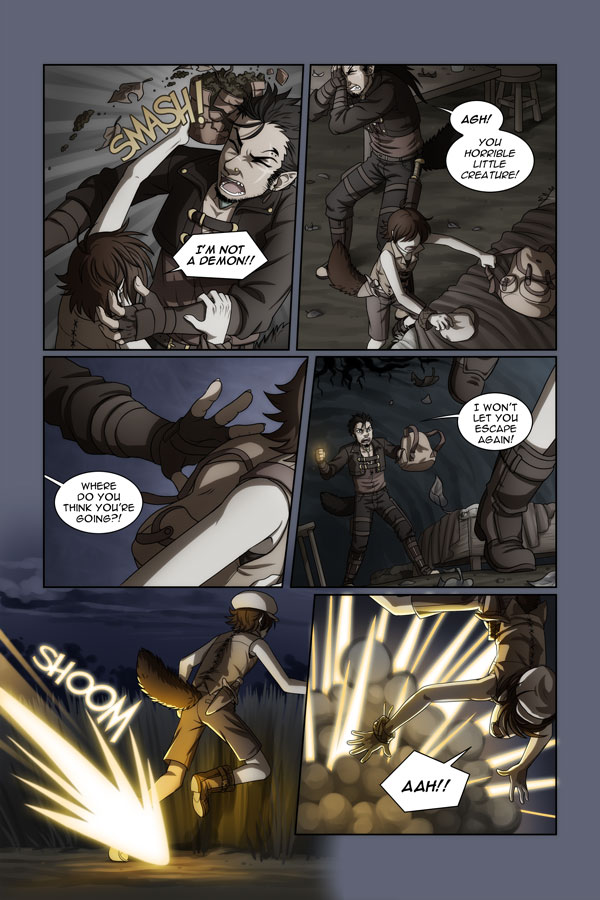 I think the knife would've been more effective, but you tried.