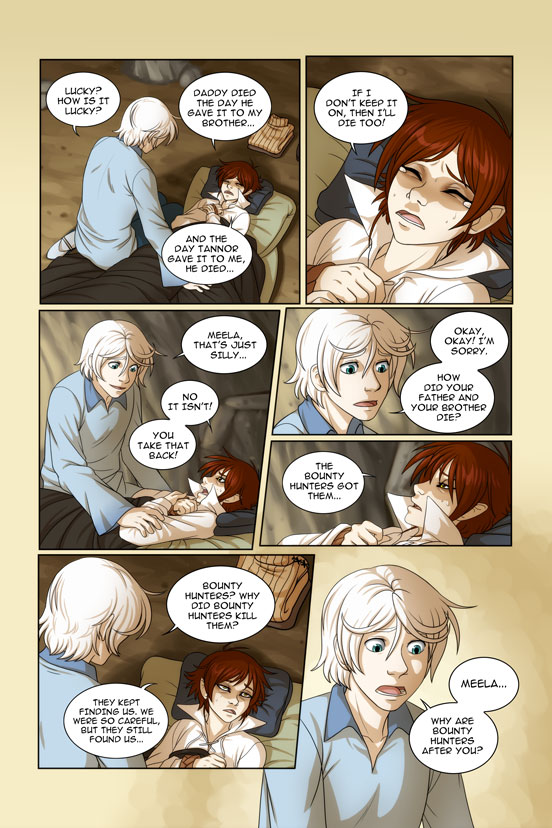 Shame on you, Holland! Using Meela's current state to extract information. Also, we know you guys are worried about Feral but fear not, for he is around. He won't be showing up for the next few pages though. I also forgot to mention last week that there's a new vote incentive - Vote to see a new sketch of Meela's wolf form! She's getting finalized now :)